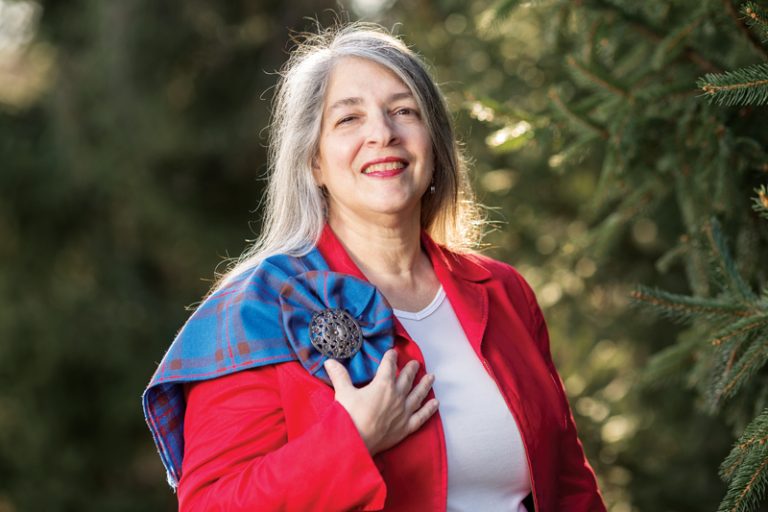 You’ll be hosting a Burns Nicht Supper Feb. 25 at the Urbana Fire Department. Why is Scottish poet Robert Burns deserving of this attention?

Robert Burns, Scotland’s most celebrated literary figure, is known as the poet of the people, a true Scot with Scotland always in his heart. Over 500 poems and songs capture the humanity, the passion, the courage and the failings of Burns’ short life that still tug at fellow Scotsman’s hearts. Burns has touched countless lives over the past 258 years. Every New Year’s Eve millions sing a familiar song—For Auld Lang Syne—written by Burns in 1788, likely not knowing the author. The words ring true today as they did then.

Tell us about the group sponsoring the dinner.

The St. Andrew’s Society of Mid-Maryland is a Maryland nonprofit established July 3, 2001, that perpetuates Scottish traditions and culture. We host events year-round. The Celtic Festival draws close to 9,000 to experience a bit of Scotland without the hassle of travel. Events are run entirely by volunteers with no paid staff. We raise funds to provide grants and scholarships to further Scottish heritage. Membership is open to both men and women (unlike other societies).

How many years have you had the Burns Nicht Supper and what’s involved in hosting it?

The Society has hosted Burns events for over 16 years and almost 200 attend our supper that follows the traditional itinerary with untraditional touches. The Parade and Address to the Haggis, readings of Burns poems, music, and toasts to and from the lassies show creativity and humor—just like Burns himself. The “water of life” is ever-present. Our suppers also feature a silent auction and participatory Scottish Country Dancing.

Did I mention the theme is a well-guarded secret unveiled that night? Dorothy Penders, a native of Dundee, Scotland, founding member of the Society, and hostess of many Burns suppers started this tradition.

Just like everyone is Irish on St. Patrick’s Day, is everyone Scottish that night?

Absolutely! Everyone is welcome to celebrate Scottish-style. Wear a bit of tartan, eat haggis, savor a wee dram, learn traditional Scottish dancing and, of course, sing For Auld Lang Syne.

What good things can be said about a haggis?

Haggis, a traditional Scottish dish, illustrates the Scottish trait of thriftiness at its best. Scottish ingenuity uses every part of an animal for food, preserving the meat without spoiling for later consumption. Haggis highlights the humor of the Scots as tourists are often teased and tricked with tales of the fictional Wild Haggis. There are innovative ways to serve haggis: Haggis puffs (haggis inside puff pastry) drizzled with a currant-mustard-whisky sauce or vegetarian haggis for those truly faint of heart.