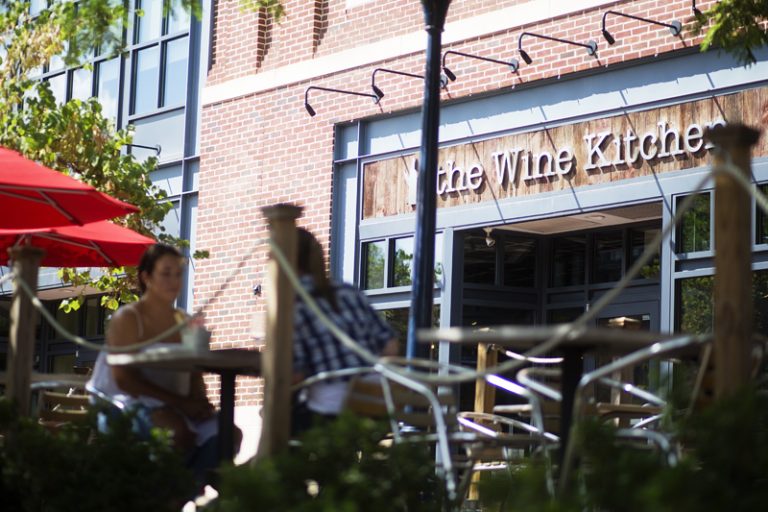 Spending by Frederick County visitors rose to $391.6 million last year, up from $380.3 million in 2014 with food and beverage purchases accounting for the biggest piece of the pie, or 27 percent.

The figures are part of a recently-released study, The Economic Impact of Tourism in Maryland, compiled annually by Tourism Economics, an Oxford Economics Company.

Coming in second after food and beverage purchases were transportation, followed by recreation, retail, lodging and second homes. The figures reflect spending by people who traveled at least 50 miles for a purpose other than commuting to work or school.

“Because visitors spend money at such a wide variety of establishments, big and small, scattered throughout the county, it isn’t often obvious to residents what a large industry tourism is for Frederick County,” says John Fieseler, executive director of Visit Frederick.

On a recent winter day with snow swirling through the air, Tracy Jones, owner and “Queen Bee” of The Buzz Café, 11801 Fingerboard Road, Monrovia, had just finished making a pot of Minnesota Beer Cheese Soup.

The blend of Yingling beer and cheddar jack cheese with a sprinkle of cheddar cheese popcorn on top is a favorite among customers. Soup, especially this time of year, is a hot item, Jones says, with steady phone calls from people asking what’s in the pot that day.

Jones creates vegan as well as meat-based soups and is inspired by “what I feel like, what the weather dictates and what’s at the local markets.” Soup, such as a Maryland-style crab that also borrows from the creamy version and adds a splash of sherry, can be enjoyed at the café as well as taken home in pints and quarts. www.thebuzzgreenvalley.com 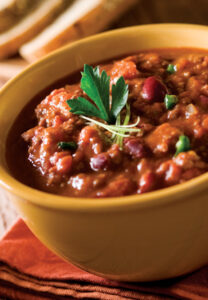 A Month Full of Foods

It’s a given that chocolate will be consumed on Valentine’s Day, but there are special food days to be celebrated in February other than on the 14th.

There’s National Fettuccine Alfredo Day on Feb. 7 for you non-romantics—although there’s plenty of love in heavy cream and parmesan. On Feb. 13 there’s another salute to pasta with National Tortellini Day. Every four years when we have a Feb. 29, you can celebrate with National Surf and Turf Day.

Desserts get their share of special days with Feb. 5 as National Chocolate Fondue Day, Feb. 10 designated as National Cream Cheese Brownie Day and National Sticky Bun Day that falls on Feb. 22—wonder if Hallmark has a card for that. Since chilly weather is inevitable this time of year, National Clam Chowder Day on Feb. 25 is appropriate. Likewise National Chili Day which falls on the fourth Thursday of the month.

If you’re looking for a reason to lift a glass, National Pisco Sour Day is Feb. 3 and Drink Wine Day is Feb. 19. And who can resist celebrating Don’t Cry Over Spilled Milk Day on Feb. 11.