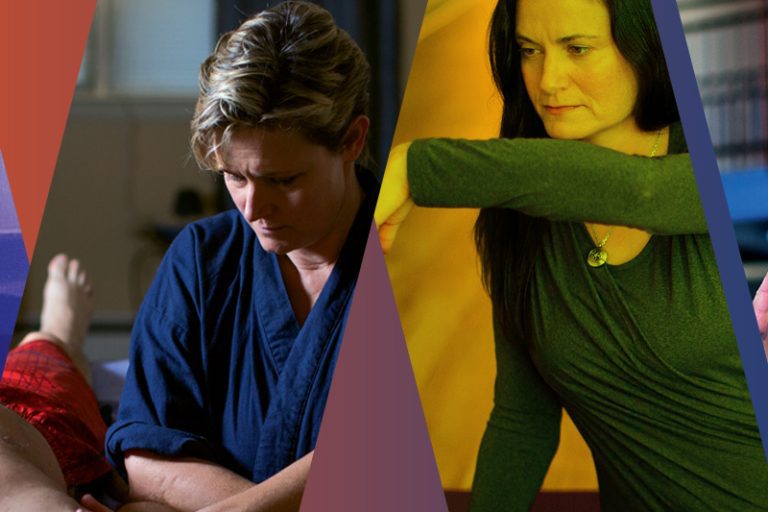 There are Many Different Paths to a Healthier New Year

A new year can bring resolutions and revolutions. Some people go big, some take baby steps. Others focus inward and take strides to improve health and overall wellness. Finding the proper facilities and professionals to assist with goals and strategies for better health can be a daunting task. Is it possible to find that one new thing that may aid in the integration of mind, body and spirit?

One way to make a positive start toward healthier living is to acknowledge that change is possible and desirable. According to metabolic expert Dr. Thomas Acklin of Adamstown, the key to getting started is rejecting the highly accelerated, generously medicated way of aging in America. “Where there is willingness and a need to grow younger, stronger, more functional and more vibrant—that option exists and is powerfully available. And, one need only choose to want to be a little better tomorrow than he/she is today; that kind of commitment builds wonderfully, and the results are fast, meaningful and, thus, long-standing.”

YMCA certified fitness trainer Brigitte Farrell says she has seen the yearly pilgrimages to gyms where people are looking for quick fixes. “Anything that promises you quick results without doing any work is ridiculous. There isn’t a pill or a magic powder yet invented that will do that. Eating healthier, cutting out processed foods and moving more—including breaking a sweat— is what works.” Farrell works with people age 45 and older who may have become inactive over the years and are ready to recharge. “We have established a level of trust where they know the day’s workout will challenge, but not hurt them.”

Farrell recommends setting tangible, measurable goals. She encourages her clients to keep an open mind to find the right mix of activities to meet those goals. “I was a person who had never been able to do a sit up, who could not lift beyond five pounds and who was frankly scared that I was not going to be able to,” says Angie Anwar, one of Farrell’s clients. “I look fantastic and have not only lost weight and gotten toned, but am also able to do certain workouts that I never thought I could.”

While many area residents hit the weights, treadmills, and dance and exercise classes offered at fitness centers, some people are exploring and incorporating some out-of-the-ordinary activities into their fitness routines. Some are looking to up their game; others want to alleviate pain. Many are not abandoning proven methods, but they are adding new techniques and therapies.

Rolfing is a physical manipulation of the fascia, the layers of connective tissue beneath the skin that stabilize and enclose muscles and internal organs. Developed by biochemist Ida Rolf, it is also called structural integration. It is a retraining of movement patterns and practitioners claim that it can help with pain, stiffness and mobility issues. It is often delivered in 10 hands-on sessions that affect the whole body, not just one problem area.

Emily Gordon is a certified advanced rolfer and has a practice on West Patrick Street in the Delta Holistic Therapy Center. She says she treats a variety of clients with sports injuries, post-surgical problems caused by scar tissue and others who suffer from pain or movement issues. “The systematic progression of rolfing is designed to help the whole organism function better,” she says. She helps new clients determine their goals and works to get them there. “You’ve only got one body. I help people do the things their body was meant to do.”

Her clients swear by her skill and say rolfing gives them relief from pain that they could not find through other methods, conventional or otherwise. Anna Burns says rolfing has helped reduce the pain of aging. She was a runner and has had knee, hip and back issues and multiple surgeries. “I grew up on a farm and used my body inordinately hard,” she says. “[Rolfing] is an investment in being drug-free and pain-free.”

Jim Joad, a martial arts student says after only three sessions with Gordon he was able to sit seiza-style (a modified kneeling/seated position). “She has definitely helped me tremendously with mobility,” he says.

Gordon acknowledges that there is a perception that rolfing can be rough and borderline painful. But she says being an effective listener before and during sessions allows her to curtail any potentially painful maneuvers to keep clients as comfortable as possible.

Tom and Alyssa Palermo have opened a new floatation therapy spa on Gashouse Pike. Float Frederick features five private float rooms where clients can slip into salt water and relax for an hour. While the facility is new to Frederick, commercial floating has been around for more than 40 years and more than 700 clients have visited Float Frederick since it opened this past summer.

The Palermos say floating is a uniquely relaxing experience with benefits for mind, body and spirit. What does floating on your back in nine-and-a-half inches of salt water for an hour in a private cabin in a state-of-the-art facility feel like? Alyssa says, “The first time I floated I started to cry. I thought, this is what it must feel like in the womb.” Tom adds, “When you feel out of balance, it’s a complete reboot. That’s what floating is.”

Tom says floating is completely safe. There is no risk of injury or drowning because your body stays afloat in the specially treated salt water. He says the salt concentration makes the water 30 times denser than the Dead Sea. “In 40-plus years of commercial application, there have been zero reports of injury,” he says.

Jeff Lessans says he had a traumatic brain injury about a year ago and now floats about once a week. “Although I initially started going specifically for my injury, I find that it has provided me several other benefits including relieving muscle soreness from working out, reducing stress and helping to increase my energy levels.”

Clients at Float Frederick book one-hour sessions. They are ushered into private cabins with showers and float rooms where they can control lighting and music. Water is filtered seven times after each float session and the facilities’ surfaces are scrupulously cleaned between clients’ visits. Other services include a hydro-massage table, a primp-and-grooming station and a Whisper Lounge for hanging out after the float session.

For those who are looking to understand the connection between the brain and the body, Feldenkrais may be a good place to begin. Israeli physicist Moshe Feldenkrais developed the method of slow, gentle, repeated movements. It is a yoga-like practice of focus and movement that instructors say promotes an overall feeling of wellbeing. Feldenkrais classes are offered in both Awareness Through Movement (ATM) and Functional Integration (FI). During ATM sessions the instructor talks while the class does the movement. In FI sessions, instructors gently move or press the client’s body to make him or her aware of subconscious tensions. Proponents say the methods help remap the body’s way of functioning.

“We want to reverse this cultural idea that we have to move as quickly as possible,” says instructor Kate Van Ness at Real Health Studios on East Street. As she guides her clients through movements that can range from floor to table to chair, “We think about what’s powerful and not painful,” she says. Her colleague Alexandra Devlin says the practice “helps us move away from compulsive behavior. The brain has time to map a new way.”

Because it is adaptable for people at all levels of health, classes are accessible and inclusive. The instructors say they have clients of varying age groups and physical abilities.

“I was skeptical. But there really is an overall sense of wellbeing, It helps mind, body and spirit,” said Gina Tucker, a Frederick resident who found her way into a Feldenkrais class after trying yoga, acupuncture, chiropractic and heat patches to alleviate lower-back and hip pain. “It has given me an awareness about my body,” she said.

Real Heath Studios owner Dr. Lisa Sullivan, a local anesthesiologist, says Feldendkrais has helped her unwind. That’s one of the reasons she included it in her list of classes and holistic fitness activities at the studio. “We nurture the health of the whole individual who is ready to make a real change in every aspect of health,” she says.

THE PULL OF CUPPING

Massage is an accepted, widely used stress relieving and pain management tool. Mary Queen has been working as a medical massage therapist for 14 years in Frederick and is well versed in several methods. She recently introduced cupping into her practice. It is the technique that swimmer Michael Phelps brought attention to when he was seen with telltale red rings on his back while competing at the 2016 Olympics. Athletes and others use cupping to relieve stress and pain and to help with blood flow to overworked muscles. Queen says the cupping methods she uses are not likely to leave pronounced marks, since she starts out very slowly and pays close attention to potential skin irritation. She is hoping that customers warm up to the idea and give it a try.

“When you put the cups on, the suction pulls the skin up and pulls the fascia, creating space to let blood flow into the area,” says Queen. There are pumps attached to the cups and Queen manipulates the amount of suction. She says she starts out very gently because the suction can cause discomfort if not properly applied. Beginners are not likely to want the vigorous sessions that elite athletes undergo.

Queen says she encourages the use of cupping in conjunction with other types of massage. Some clients are not familiar with the technique, but it’s an ancient practice that was popularized in different parts of the world, including China, Egypt, India and Greece. Queen’s cupping method uses a rubber pump, but the original method involved setting fire to paper placed inside the cup, allowing it to burn out and setting the inverted cup on the skin. As the air inside the cup cooled, it created a vacuum and drew the skin up.

She added cupping to the array of massage options available at Pearl Nails, a salon on West Patrick Street. She says she constantly takes new classes and updates her skills and encourages her clients to branch out with her. “Get out there and do something you’ve never done before,” she says. “Try something new.”

There are many paths to fitness and wellness. Building a healthier new body may begin with constructing a new mindset, exploring new techniques and finding a new voice. If New Year’s resolutions seem daunting, Dr. Acklin encourages people to simply focus on finding activities that inspire and invigorate. “This makes for a new version of ourselves, and this new version has new things to say, a new voice,” he says. “Where we discover something that works well for us or somebody we know and love, we’re likely to want to tell somebody. This engagement, this sharing, this pay-it-forward is both celebration of self and breakthrough and contribution. This dynamic increases the odds that the favorable activity will recur.”